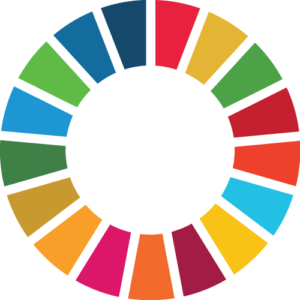 Water2Life and the Sustainable Development Goals

Clean water directly improves the health of a community. Being free from the daily problems water polluted with bacteria, heavy metals, chemicals bring about, children and adults will now have a lot more time for leisure, school and work, which is why many more SDG’s could easily be mentioned here.

Many of Water2Life’s installations are solar powered, and the latest in Honduras will be no exception either. Not only does this provide clean energy, it also alleviates the challenges of frequent power cuts that the inhabitants experience. Furthermore the pumps used in the projects are among the most energy efficient pumps in the world, further contributing to the affordability.

Having your own supply of clean water means purchasing much less water. Currently San Isidro hospital is forced to buy bottled water when they require clean water. Going forward it means that the hospital will save an incredible amount of money, and will save an equally great amount of plastic-waste from the bottles they no longer need to buy.

In 2008, Grundfos employee Mikael Lundgren suggested that as Grundfos is producing pump systems designed for developing countries, why don’t we as employees collect funds to give fellow human beings living in some of the poorest areas of the world access to clean water? This lead to the creation of our employee programme: WATER2LIFE

From 2010 to 2013 Water2Life donated water systems to villages in Kenya – more precisely in Isiolo district. More than €280,000 was donated by Grundfos employees, which resulted in clean drinking water for more than 16,000 people at the time. Today many more people have joined the communites and the donations are benefiting more and more people.

In 2013, Water2Life started its second project. This time in Asia in Vietnam where water is everywhere, but not a drop to drink. This means that the population in the poorest areas drink and use water that is highly polluted by chemicals, heavy metals and bacteria. Water2Life, together with the NGO Thrive Networks, located 9 communities in the Mekong Delta where new water systems could dramatically improve the quality of life, and so, during the next 4 years, 9 water systems were installed, more than 27,000 people benefited from the clean water, and more than 3,500 school children were taught water and hygiene standards.

From 2017 to 2020 the employee program will be actively engaged in Honduran projects. The first project to be completed will be San Isidro Hospital in Tocoa, Colón, expected to be operational with its new water system in Q4 2018. The hospital treats more than 9000 patients a year, with more patients expected in the future. Clean water will ensure faster recuperation for the patients and a better work environment for the staff. Next project in the pipeline will be the public school in the same city. A school with more than 2000 pupils that operates from 7 am to 9 pm. By providing this school with clean water Water2Life will be doing its part to help the children towards a better future.

This site uses cookies for an optimal experience. By continuing to browse the site you are agreeing to our use of cookies. Read more